Join our Community Forums to engage with other members of the G scale community. The forums are relatively new - we hope to see you there.

The Bachmann Dash 9 is a reproduction of the Aristocraft Dash 9 utilizing the same molds and similar electronics. If Bachmann's previous supply model is any indication, consumers should also expect to see a decent supply of spare parts become available which should be backwards-compatible with the older Aristocraft models.

The Bachmann Dash 9 can be pre-ordered from any major G scale retailer and will be available in the Santa Fe, Norfolk Southern, Union Pacific, CSX, and BNSF color schemes which is representative of the most popular schemes associated with the Aristocraft runs. The only exception to this is the Norfolk Southern "Operation Live Saver" scheme which appears to be a completely new option. All announced road numbers for previous color schemes are different from the previous run of Aristocraft models.

A complete listing of the new Dash 9 models can be viewed in the GScale.Net Database.

The following retailers have the Bachmann Dash 9 available for pre-order:

NOTE: Prices are subject to change without notice 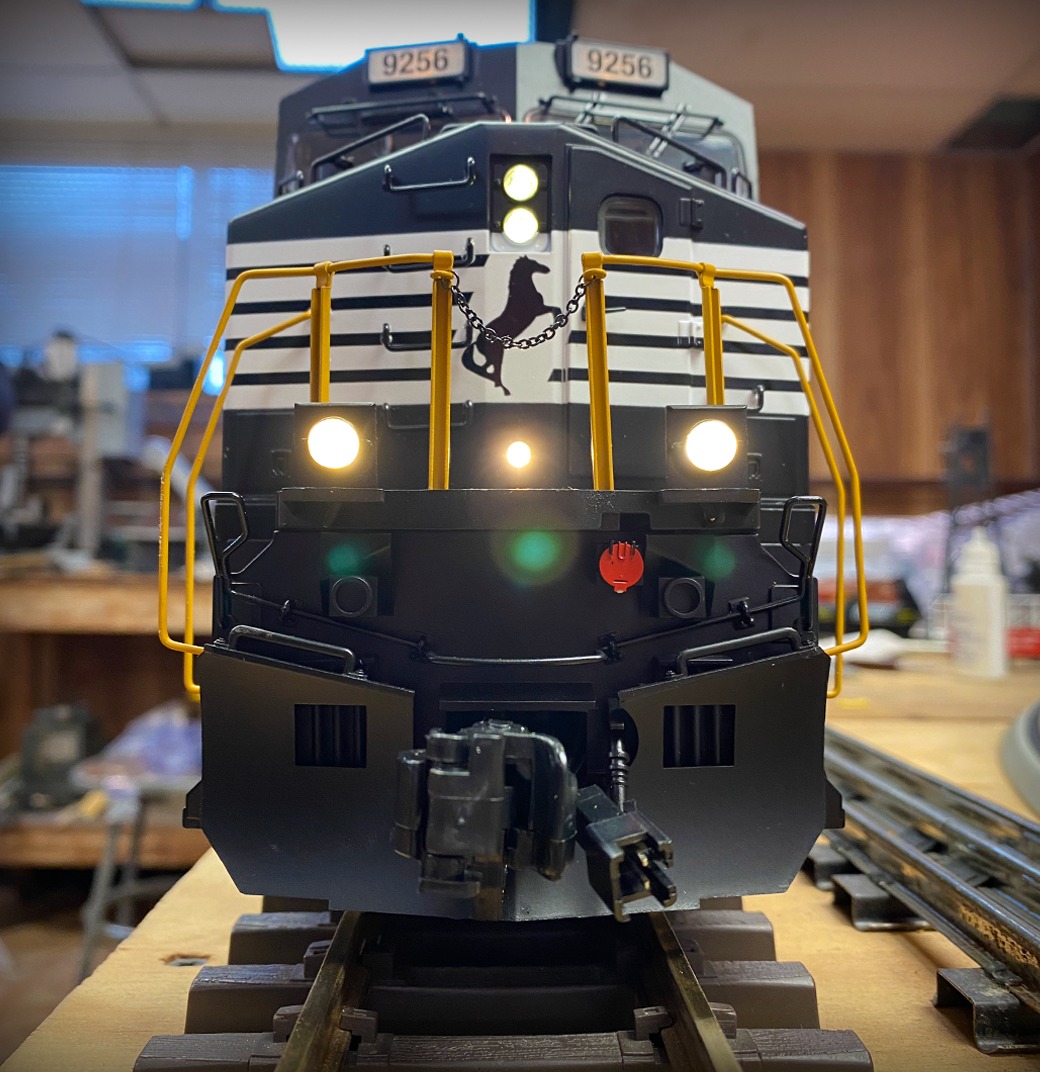 If you haven't heard by now, the 2018 NGRR convention will be held in Atlanta this year from June 4-9, 2018. The national convention is a great way to meet up with others from the hobby, view layouts, and shop the dozens of vendors in attendance.

For all the info you need on the convention, head over to their website http://ngrc2018.com/.

A Note on the Scammers from China

I had been resisting doing a write-up on this topic since I didn't want anyone to feel like I was trying to insult their intelligence, but a look at recent "Sold" listings on eBay shows that people are still falling for a very avoidable scam currently plaguing eBay. Those who shop eBay often have probably noticed in recent weeks a large increase in scams originating from China. If you haven't heard of these shenanigans, these listings generally have a number of traits in common:

An experienced buyer is going to see the red flags and stay away from the listing, but those who lurk on eBay less often may fall prey to this scam. This scam is not specific to G scale trains - it has shown up in other train categories and probably others. At the time of this writing, eBay has not come up with an effective solution to combat these fake listings but has generally been decent at removing them in a timely matter (but not always, as evident by the number of these listings that have sold). The best course of action when you see these listings is to report them (the link is at the top-right above the description) and move on.

If a deal is too good to be true, it is!

Bachmann's Aristo-based Eggliners are starting to arrive at dealers and with them are the spare parts. The Bachmann Eggliner uses the same 2-axle motor block found on the original Aristo Eggliner, so spare motor blocks can now be found for your U25B/FA1/FB1/RS3 locomotives in need of a little love since the motor blocks from these 2-axle products were all interchangeable. The Bachmann part number is BAC 96275SP. The design appears to be the last one Aristo released without the axle spokes going through the sideframe and the machined wheels have the lovely metallic finish that everyone has known to identify as "good" Aristocraft.

Tonight USA Trains officially announced they are releasing a die-cast FEF-3 Northern (4-8-4) into their Prestige Series as well as a new run of heavyweights into their Ultimare Series.

The new heavyweights consist of a Baggage / Club car (similar to the Aristo combine), Coach, Diner, Sleeper, and Observation car. Announced road names are Pullman (Green w/ Black Roof), NYC 20th Centry Limited (Green w/ Black Roof), Pennsylvania Broadway Limited (Tuscan with Gold Stripes and Black Roof), Union Pacific Overland Route (Two Tone Gray with Silver Stripes and Black Roof), Santa Fe The Chief (Green with Black Roof), and Southern Pacific (Green with Black Roof). MSRP For all cars is $289.95 except for the Observation car which rings in at $299.95 and puts them in the same range as their extruded aluminum cars and the original heavyweights that Aristo produced. Absent from this line-up is the full baggage car (big mistake) and an RPO. Initial imagery release by USAT appears to show 3-axle trucks.

Expected delivery for the engines and cars is April 18th, 2018. Talk to your dealer soon to pre-order yours.

Also, I started offering free website hosting for clubs and personal train-related sites. Head on over to http://my.gscale.net/ to get started. Hosting is free, but domains cost me around $12/year so that cost will be passed on directly to you. Companies or for-profit organizations can still use this service, but it'll cost $24 per year.